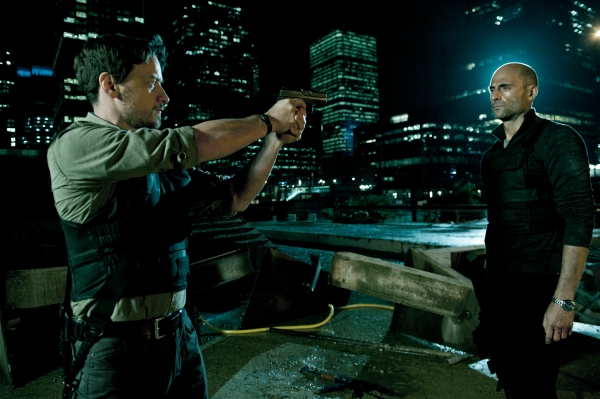 Eran Creevy’s “Welcome to the Punch” is like a Hong Kong action movie set in London. The film’s look — all gleaming surfaces, blue lights and chrome — resembles Hong Kong or Shanghai much more than the grimy, gritty London we usually see in British crime films, like Guy Ritchie’s earlier movies. But a more central connection to Hong Kong cinema is the film’s preoccupation with the permeable, shifting line between good and evil, how cops and criminals can find more in common with each other than they expect.

Which is not to say “Welcome to the Punch” is particularly deep, but it is a lot of fun if you like that sort of thing. I kinda do. James MacAvoy, scuffing up his image between this and “Trance,” plays Max Lewinsky, a dogged London detective trying to catch master bank robber Jacob Sternwood (Mark Strong). In an atmospheric prologue, Lewinsky nearly nabs Sternwood and his masked, motorcycle-riding cohorts as they rob what looks like The First Bank of Tron. But Lewinsky gets shot in the leg, and Sternwood gets away.

Now it’s three years later, and Sternwood has been enjoying retirement in remote Iceland. But he learns that his grown son has been arrested and injured, and decides he needs to come back to London to help. Lewinsky, still bitter over his leg injury, sees this as the perfect opportunity to finally get Sternwood once and for all. But the pair find that Sternwood’s son may have been part of a larger conspiracy involving the police department, a fanatical mercenary (Johnny Harris), and a shipping container full of guns. Reluctantly, inevitably, they join forces. 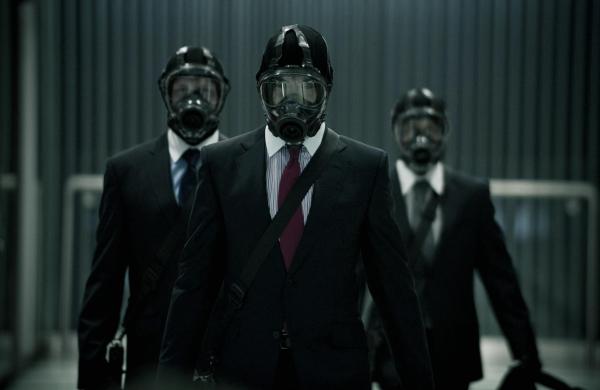 There’s not much new here, but the familiar material is elevated by an unusually strong cast. Strong gets cast as villains all the time (“Sherlock Holmes,” “Kick-Ass”), but he seems to relish the chance to give his baddies a little nuance, such as the fundamentalist torturer in “Syriana” or the exasperated drug smuggler in “The Guard.” (He finally plays the protagonist on the new AMC series “Low Winter Sun,” albeit a Detroit detective who kills a fellow cop.)

Here, he’s the classic criminal with a code, and his cool, controlled demeanor plays off well against MacAvoy’s vengeful hothead. Peter Mullan is funny and menacing as Jacob’s loyal sidekick, David Morrissey of “The Walking Dead” brings humanity to the typical police chief role, and Andrea Riseborough is very effective in a small role as Lewinsky’s partner. And Harris, who I had never heard of before, is terrifying as the sad-eyed mercenary, convinced his murders are part of a higher calling.

The movie is full of well-staged shootouts and car chases, in office buildings and nightclubs and shipyards. But the best action scene of all in “Welcome to the Punch” is a bravura four-way standoff inside an old lady’s tiny sitting room. in which the tension builds exquisitely, finally exploding in a shootout that takes about four seconds in real time, but is drawn out into epic slow motion. It’s a fantastic scene.

The shimmering London locations looks great on the Blu-ray edition, which also features a making-of featurette and several promotional interviews with the cast. “Welcome to the Punch” isn’t up to the level of the great Hong Kong action films, or the great British crime films, that it clearly admires. But it’s a successful and enjoyable melding of the two styles.