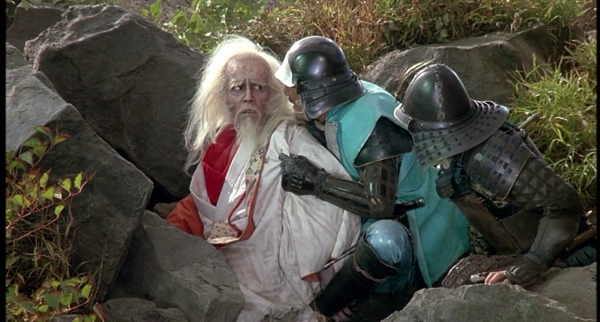 There’s only two movies opening in Madison this Friday, but I reviewed them both! (“The Smurfs 2,” which opened Wednesday, doesn’t count. “The Smurfs 2” never counts.)

“At Any Price” (Sundance) — My full review is here. Ramin Bahrani (“Goodbye Solo”) aims for Shakespeare among this soybeans in this tale of a modern farmer (Dennis Quaid) juggling job pressures and a wayward son (Zac Efron).

“Little Shop of Horrors” (9 p.m., UW Memorial Union Terrace) — For some reason, lately I’ve been hearing people sing snippets of songs from this killer sci-fi musical about a boy, a girl, and a plant. This is the sing-along version, so I think lyrics will be printed on the screen for you extroverts. Free!

“G.I. Joe: Retaliation” (10 p.m., Star Cinema) — Channing Tatum doesn’t last too long in this cheesy sequel, but Dwayne Johnson and Bruce Willis pop in to pick up some slack. $3!

“Chimpanzee” (10 a.m., Point and Eastgate Cinemas) — The Kids Dream summer series continues with this cute DisneyNature documentary about a little chimp separated from his mom who gets adopted by an older ape. Tim Allen narrates, and yes, does that ape noise thing. $2!

“Percy Jackson: Sea of Monsters” (Point, Eastgate, Star Cinema) — The teen son of Poseidon heads out to retrieve the Golden Fleece in this adaptation from the wildly popular young-adult series. You had me at “and Nathan Fillion as Hermes.”

“Ghostbusters” (1:45 p.m. and 7:10 p.m., Sundance Cinemas) — Get slimed all over again with the sci-fi comedy classic, and be grateful that Bill Murray has steadfastly refused to back a “Ghostbusters 3.”

“Bring Me the Head of Alfredo Garcia” (7 p.m., 4070 Vilas Hall) — The UW-Cinematheque’s Roger Ebert salute continues with this bloody, seedy Sam Peckinpah classic, starring the great Warren Oates as one of several lowlifes trying to achieve the titular mission of a Mexican warlord. Free!