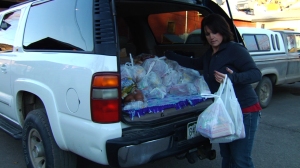 So this is pretty exciting. I’m partnering with the nice folks at Sundance Cinemas for “Conversations in Film,” an occasional series where I will host special screenings of films from their Screening Room calendar, the series devoted to indie films, foreign films and documentaries. After each film, join me up in the second-floor lounge at Sundance, 430 N. Midvale Blvd.,  for a lively discussion of the movie we all just saw.

The first one takes place on Tuesday, March 5 at 7:05 p.m., and the movie we picked to start off the series should be an ideal conversation-starter. It’s the documentary “A Place at the Table,” which looks at how, in the land of plenty and the home of the super-sized milkshake, 49 million Americans don’t get enough to eat. It’s a beautiful film as well as an insightful one, and one that I think will change a lot of people’s perceptions of what poverty is.