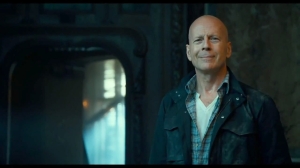 It’s the semi-triumphant return of the “What’s Playing” column! Each Friday, I survey the Madison movie landscape and let you know what’s on around town, from the big multiplexes to the smaller campus theaters.

“A Good Day to Die Hard” (Point, Eastgate, Star Cinema, Sundance, Cinema Cafe) — Oh, I so wanted this to be good, but judging by the reviews (13 percent Fresh on Rotten Tomatoes), this is neither “good,” nor “Die Hard,” and feels like it takes about a day to watch. Discuss.

“Safe Haven” (Point, Eastgate, Star Cinema, Sundance, Cinema Cafe) — Yet another romantic drama from novelist Nicholas Sparks, directed by Lasse Hallstrom (“My Life as a Dog”), which makes me a little sad. So Julianne Hough is a thing now, right? Have to get used to that.

“Beautiful Creatures” (Point, Eastgate, Star Cinema) — A Southern-fried “Twilight” (pronounced “Twa-laahtt”?) with witches and warlocks and Emma Thompson as the villain, which is intriguing.

“The Other Son” (Sundance) — An Israeli teen and a Palestinian teen discover they were switched at birth in this humane drama that isn’t at all like “Celebrity Wife Swap.” My full review is here. Sundance is also keeping the Oscar-nominated live action and animated shorts around for at least another week.

“Le Port Du Nord” (UW Cinematheque, 4070 Vilas Hall, 7 p.m. Friday, FREE) — A mystery without a solution, a riddle without an answer, this little-seen 1981 gem from French director Jacques Rivette follows two women on a mysterious quest around Paris, collecting cryptic clues and dodging traps. It was never released in the United States.

“Hail the Conquering Hero” (UW Cinematheque, 7 p.m. Saturday, FREE) — An ordinary discharged soldier is mistaken for a war hero in Preston Sturges’ riotous comedy about blind patriotism and celebrity, part of a series of classic Sturges films this semester.

“Only Yesterday” (Chazen Museum of Art, 2 p.m. Sunday, FREE) — The Cinematheque’s amazing series of Studio Ghibli films at the Chazen continues with “Only Yesterday,” a surprisingly nuanced and humane look at the life of an ordinary office worker against the backdrop of a changing Japan.

“Beasts of the Southern Wild” (Union South Marquee Theater, 7 p.m. Friday and 9 p.m. Saturday, FREE) — The undisputed underdog of the Best Picture race is this gritty and lyrical fable about the denizens of a forgotten Louisiana community called the Bathtub, and one plucky little girl’s quest to find her mother.

“Life of Pi” (Union South Marquee Theater, 9:30 p.m. Friday and 3 p.m. Sunday, FREE) — At first I thought Ang Lee’s adaptation of Yann Martel’s novel might be a little too squishy for my tastes, but it is a beautiful and understated fable as well as a riveting survival story. It may make you rethink that sailing trip you were planning with your favorite tiger, though.

“Dredd” (Union South Marquee Theater, midnight Friday, FREE) — Karl Urban plays the comic-book judge, jury and executioner in a dystopian action film that doesn’t look any better than that Stallone version from the 1990s (although at least this one doesn’t have Rob Schneider).

“Sleep Tight” (Union South Marquee Theater, 7 p.m. Saturday, FREE) — And you think you have landlord issues. In this Spanish chiller, the doorman at an apartment building develops an unhealthy fixation on one of the tenants.

“Bad Lieutenant: Port of Call New Orleans” (Union South Marquee Theater, midnight Saturday, FREE) — The combustible combination of director Werner Herzog and actor Nicolas Cage leads to one of the strangest police procedurals in memory, marching to the beat of its own jittery, crack-addled drummer. My full review from 2010 is here.

“Bill Cunningham New York” (Union South Marquee Theater, 7 p.m. Tuesday, FREE) — A series of fashion-related films co-sponsored by the Textile and Apparel Student Association continues with this lovely documentary about the New York Times “On the Street” photographer, who prowls the streets by bicycle looking for beauty. My full review is here.