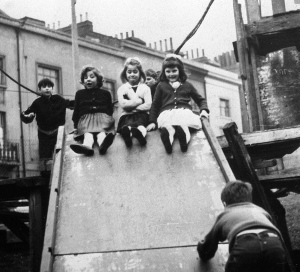 I wrote a story for the Capital Times yesterday with an update on some of the titles that have been announced for the Wisconsin Film Festival, which runs April 11 to 18. I think if there’s any trepidation among longtime fans about the big changes afoot at the festival (a change in leadership, and the fact that the festival won’t be downtown this year, screening on campus and at Sundance Cinemas), hearing the movies that are coming will go a long way towards easing their worries.

So far, it sounds like a great festival. The two big titles with the biggest local connections are “Citizen Koch,” the documentary about the Citizens United decision’s effect on the nation, focusing specifically on Gov. Scott Walker’s attempt to strip most public unions of most of their bargaining rights, and the resulting protests in early 2011. It was kind of a no-brainer that “Koch,” which premiered at the Sundance Film Festival last month, would make it to Madison.

Less of a sure thing was “56 Up,” the latest in Michael Apted’s landmark documentary series interviewing a group of people every seven years of their lives. One of the participants is Nick Hitchon, who is a professor at the UW. I don’t believe “49 Up” played theatrically in Madison, so it’s gratifying to see the new version (which got a great review in the New Yorker last month) will make it here.

In past years, the Wisconsin Film Festival titles were usually announced in one fell swoop in early March, but festival organizers have been releasing names in dribs and drabs via social media over the last few weeks. Since I wrote the Capital Times story, for example, the festival announced via Facebook that it would be showing a film about Bill Watterson, the creator of “Calvin and Hobbes.”